I did something I’ve been wanting to do for a long time yesterday.

I sent something I wrote to one of my favorite publications. They were accepting story submissions for their Winter 2016 issue, so I thought I’d give it a shot.

Unfortunately, I didn’t realize until yesterday that the deadline for submissions was yesterday, so it was a bit of a race to the finish line- but I sent it off just in the nick of time, shortly after 11pm.

It’s kind of exhilarating sending things off like that, isn’t it?

You’ve written for hours on end, and discovered that very few sentences come out right the first, or second, or fifth time…but you stuck with it, and now the whole thing is written. Then: 1…2…3…SEND! Weeeeeeeeeeeeeeeeeeeeeeeeee! 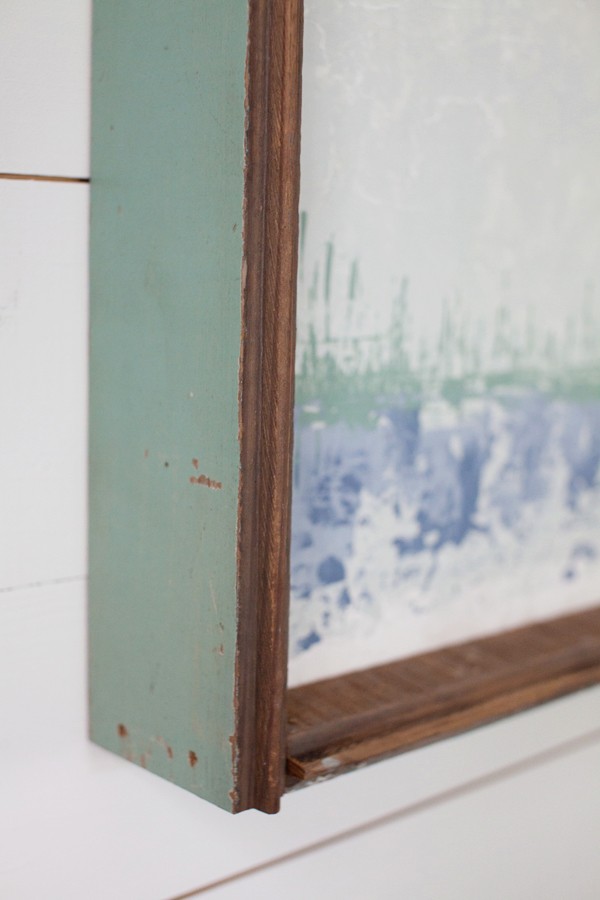 But then: Eek. Could I have worded that one part a little better? Did I leave out any words? I do that sometimes when I start typing too fast. Maybe I should’ve had Mom proofread it?

Crazy questions sneak their way in.

But then: Exhilaration because this is really just for fun, and weeeeeeeeeeeee! I finally did it! 😀

I tried my hand at palette knife painting this week too. My inspiration? The view across the lake. Everything looks so simple from a distance, don’t you think?

I kept my process pretty simple too. Just a little color, depth and detail. Then: weeeeeeeeee- up on the wall!

Previous Post: « Fake Flowers That Look Real
Next Post: Fireplace Makeover Update: Where We’re At And Where We’re Headed »