I’ve got two things to share on this fine second-Tuesday-in-June…otherwise known as, my mom’s birthday! 😀 (Happy Birthday, Mom!!!)

1. Did you know there are some *really* cute and inexpensive dresses on Amazon? I would have never thought to look there, but then Jamie Ivey posted this photo on Instagram… 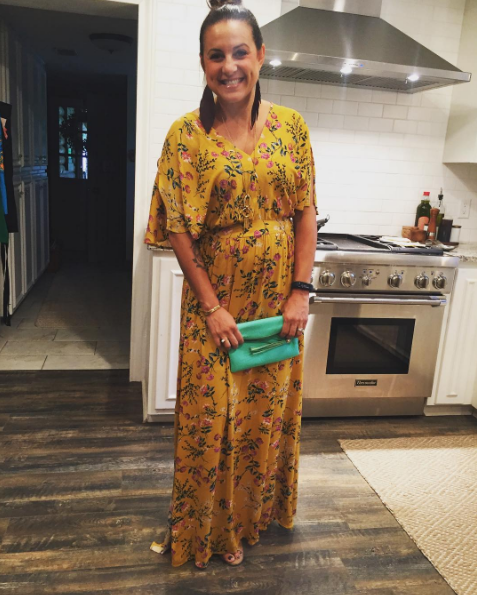 …and said she got the dress on Amazon for under $30. I was all, HUH??? Dresses on Amazon?? Yep. Here’s the link to that one if your jaw just dropped too: Milumia Women’s Boho Split Tie-Waist Vintage Print Maxi Dress

I *almost* ordered that one, but ended up choosing this one:

I posted an Instagram story about it yesterday, but if you’re not able to view those, you need to know that dress is:

I officially want them all. 🙂 Here’s the link if you do too: MakeMeChic Casual Tie Dye Maxi Dress

The second thing that I want to share with you has to do with something else I’m loving lately. I don’t know exactly what they’re called (though I wish I did because it would make finding them a heck of a lot easier) but they’re my very favorite kind of blog to read. They don’t have a thing to do with decorating, or dresses- ha! The authors simply seek out and share posts about places, and boy do they have a way with wandering.

I’m particularly drawn to the ones about Southern Minnesota because it’s where I was born and raised. I found this one the other night and loved scrolling through the photos from post to post.

In one entry, the author wrote, “There is nothing as refreshing to me as simply driving the backroads in search of whatever is over the next hill.  It restores my mind and makes me think of time decades ago when the family farm was flourishing.”

“Roads such as the one above are peaceful things. No traffic jams, almost no traffic, time to pull over and snap a photo without risking your life or endangering other motorists, room to turn around if you decide you want to go the other way…the road goes through things rather than around…”

Here’s a short a sweet one, simply captioned: “Old Country School in rural McLeod County“. I can almost smell the freshly cut grass…

In this post he documented his trip through Stanton, Iowa:

He wrote, “Stanton, Iowa’s claim to fame is that it is the hometown of actress Virginia Christine, best known to television viewers as “Mrs. Olsen” in classic commercials for Folgers.  As such, the town has seen fit to honor it’s former inhabitant by making the town’s two water towers resemble a coffee pot and a cup on a saucer.”

Goodness, I had nearly forgotten about “Mrs. Olsen”!

Coconut cream pie, on the other hand, well…if you read yesterday’s post you know the last time I thought about that. 😉

Anywho- I just love the way those kinds of posts transport me. Here’s another one I love scrolling through. The author lives here in Alabama so it’s fun to know the things he blogs about are right here in our state.

He captures beautiful photographs of abandoned structures and writes just a bit about each. These are some of my favorite pics and passages:

“I’ve passed this small building on US 231 north of Troy many times but never had time to shoot it. You can make it out better in the winter, but in the summer it’s a building-shaped kudzu masterpiece.”

“The old drive-in north of Clanton. I can only imagine how popular this place was back in its day. Small town America is a great place to grow up but we all needed distractions. Movies were our window to the world. And I’m sure many a romance started with a date to the drive-in.”

“Believe it or not this is a motel. At least 12 rooms or more. I have no clue what its name was but Pineview seems appropriate. Just north of Camden at the intersection of AL 28 and AL 221, this motel seems very out of place now. Motels took advantage of busy highways to lure guests in. When looking at where this is on a map I have no clue why folks would have been going this way. It’s close to nothing.”

In another post he wrote, “I think a lot while on the road. For the most part, I have little human contact but, this being Alabama and all, I’m never really alone. As I wandered through rural Cullman County I saw several people nod or wave going the other direction. It made me smile because we’re all friendly folk here and waving to the oncoming car is considered normal out in the sticks. Now the older gentleman up in Morgan County by the Tennessee River…he was not quite so friendly. I was standing by a fence shooting something when he rolled up. The first words out of his mouth were “Can I help you?”, but the look on his face was not one anxious to help me in any way. I debated asking him for a cheeseburger and fries, but decided that was not wise as he probably wouldn’t get my sense of humor. I explained what I was doing and that I was not trespassing. He eventually accepted, albeit begrudgingly, that I was not a Viking plunderer and left me alone. Later on I stopped at the Three Way Grocery in Asbury to get some Broasted chicken. The staff was friendly and the chicken was good. The potato wedges weren’t bad either. The fried okra was so-so, but they had Milo’s tea which was a plus.”

Well, those are my two things. Amazon dresses and…hmmm…wander blogs. (Hey, that might work!) My dream is to find one…uh, wander blogger (I’m going with it!) from each state. Wouldn’t that be fun?

Please leave me a comment if you know of any others. *Fingers crossed* you do!

Previous Post: « 9 Inspiring Trash To Treasure Projects
Next Post: Which One Of These Fixtures Would YOU Choose? »