“Gotta love crab. In the nick of time too. I couldn’t take much more of those coconuts. Coconut milk is a natural laxative. That’s something Gilligan never told us.”
-Tom Hanks as “Chuck Noland” in Castaway

Are you watching Castaways? I’m hooked! 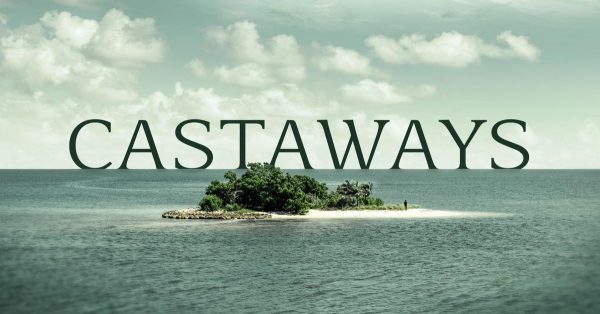 The show follows the path of 12 strangers who are dropped in different locations on a group of deserted islands in the South Pacific. The strangers are forced to survive with only their “washed-up luggage (not necessarily their own), scattered resources and abandoned structures”. One of my favorite parts is that throughout the series, the show flashes back to the real lives of the contestants and the challenges they deal with on a daily basis. The editing is phenomenal and feels very cinematic.

Unlike the (similar) CBS show Survivor, the kicker of this competition is that the “castaways” are all separated and are expected to survive on their own. Episode 3 aired this week, and several have already come to know that they are not alone, but many still don’t know where or how many others there on each of the islands.

The contestants have two options: survive until they are rescued (at an unknown time) or quit. The show is meant to explore people’s need for companionship and test their survival skills.

Here’s a look at the trailer:

It’s on at 9pm CST on ABC and I can hardly wait for episode 4 to air next week! 🙂