You are here: Home / About Layla / Don’t Quit Your Day Dream

I rediscovered some newspaper articles from my childhood this week and memories of my Mom digging up an extra “day job” rushed right across time and back into my head.

We moved out to the country on April Fools Day in 1983. My parents were in their late 20’s, and my brother and I were 5 and 8. My dad wanted to be near more deer & ducks, and my mom wanted room to grow. Annuals, perennials, fruits and veggies- she churned the earth for them all. As a kid, I never understood her fascination with soil and sunshine. Thirty+ years later, I  believe it had something to do with improving a piece of the world…hers and ours.

The farmhouse we lived in sat on seven acres. There were six outbuildings, and a million places for my brother and I to dream. Our land was shaped like a triangle, and there was a half acre-sized strawberry patch in the northeast corner of it. Worried a lot of them would go to waste, and inspired to bring in some extra cash for our family, my Mom decided to open the patch up to the public during the third and fourth weeks in June. That’s exactly (and only) when our berries were ripe for the pickin’.

She worked so hard to ready those rows…spreading fertilizer…pulling weeds. We had two varieties: Stoplight and Trumpeter, and when the time was right, my Mom painted pretty road signs and placed a local ad so that people would (hopefully) come to pick them.

We were open for business 8 days a year for six years. Two Tuesdays, two Thursdays, and two weekends. Initially, my parents had no idea what kind of crowd to expect, but they learned real quick that Minnesotans love their strawberries, and people come in droves to pick them. Oh the traffic jams on the single-lane dirt road that led to our house! Folks from all around came out and filled their plastic pails full of Mom’s delicious berries.

She charged 50 cents a pound, and to this day I can’t see a strawberry without thinking of her. 🙂

And speaking of creative and industrious women who inspire me, I stopped by my friend Ashley’s shop on Monday afternoon. If you live in Montgomery, you know it was raining cats and dogs that day. If you don’t live in Montgomery, I put on my waterproof boots and snapped these pictures just for you. 🙂 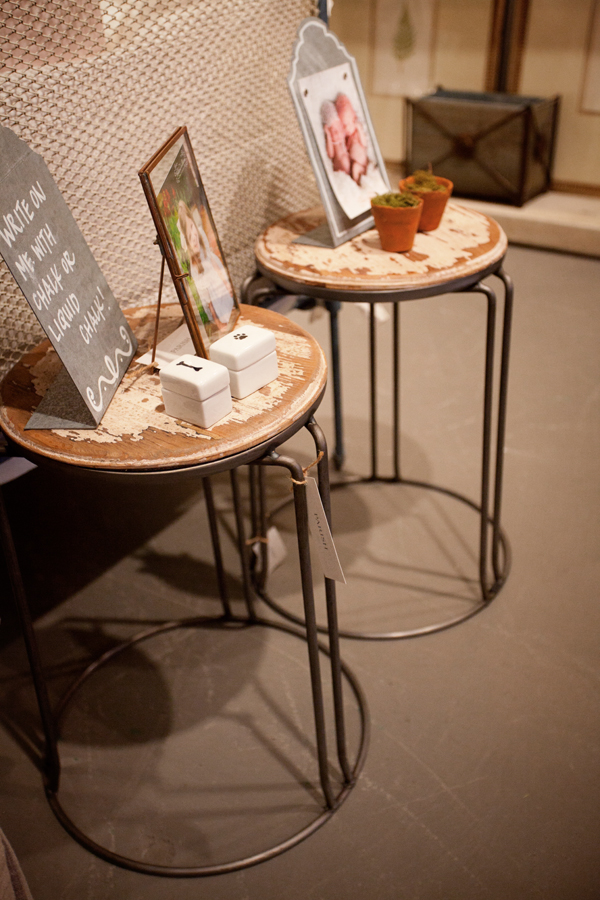 Ashley opened Parish in April of 2010, and just like my Mom and her berry patch, she didn’t know what kind of crowd to expect.

Thinking about these gals and their go-for-it-ness has me feeling extra enthusiastic about a new venture I’ve spent a lot of time daydreaming about. It still needs some fine tuning, but the wheels are officially in motion.

Psssst- Local peeps: everything is 20% off at Parish this week!