Kevin and I wrote a story and our literary agent is going to start sending our proposal to publishers in May! Yay! 😀

It’s a story for kids (of all ages!) that’s based on a real-life event Kevin, Steevenson and I experienced early last month. Kevin’s dad, Jim, is illustrating the whole kit and caboodle and I’ll keep you posted on our progress as we plow ahead. Keep your fingers crossed that one of our favorite children’s book publishers is smitten with the story too! If not, we’ll look into publishing it ourselves. Either way, we’re SO excited about the story, and Jim’s illustrations, and what a neat thing to be able to share with future generations someday! 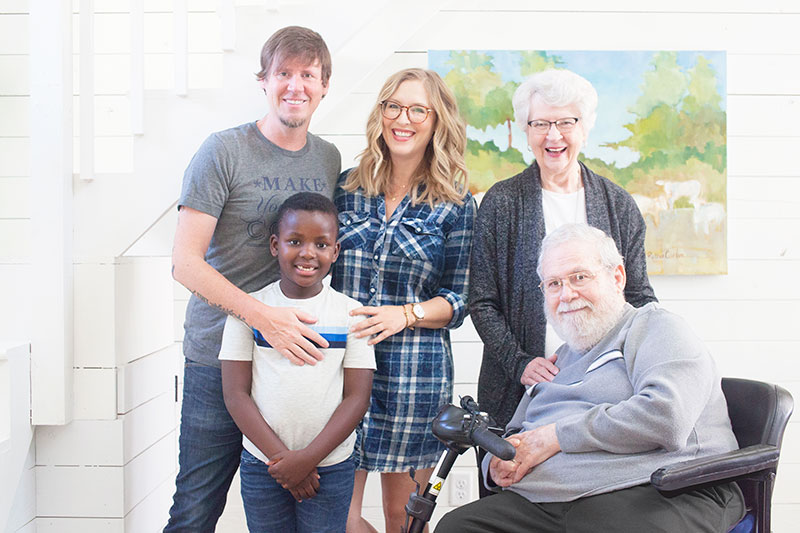 I’ve always been most drawn to the picture book section of a book store. Cloudette, The Dot, The Gardener, Shark vs. Train…those are just a few of my favorite ones. Oh! And the “What If You Had” by Sandra Markle and “If I Built A” series by Chris Van Dusen. We just got Chris’ latest release, “If I Built A School” this week and we’re all wild about that one already too!

How about you? Any picture books you love, even as an adult? I’m all ears!

In other news, we found a new game we’re loving too. It’s called Blokus and it is so much fun with 3 or 4 players. The instructions were super simple and if you’ve got a 5 to 15-year-old whose strength is spacial intelligence, I think they’ll love it too!

And speaking of our sunshine-in-skin…

He’s wearing a size EIGHT now (!), so last year’s summer clothes are all too small and temps have already been in the upper 80s here. I ordered several pairs of shorts and tank tops from Old Navy when they were on sale and boy was he a happy boy when that package showed up. Stripped off whatever he was wearing and immediately put that outfit on- ha! He’s always had a thing for new clothes and I think it’s so fun that he gets as excited about apparel as he does about toys. His Granme’ Katie got him some new boxer briefs recently and I’ve never seen someone squeal about underwear. 😀

Anywho…off to clean up the kitchen. I just realized I haven’t shared an updated photo of that space with you since we installed the new flooring. I’ll be back Monday with a post all about it. Happy weekend!