You are here: Home / Exterior / A Door with a View

We’ve wanted to replace our heavy, old front door for the looooongest time.

The front side of it was pretty outdated-looking and the inside of it reminded Kevin of one you’d see in a cabin in the woods in a scary movie. Remember these photos of it that were taken right after we moved in? 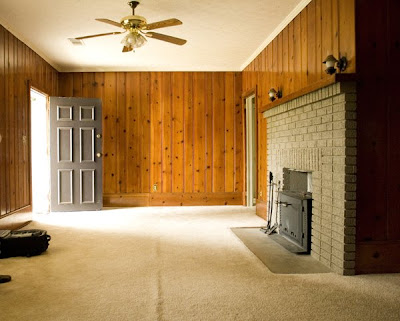 This is the one that really creeps Kevin out… 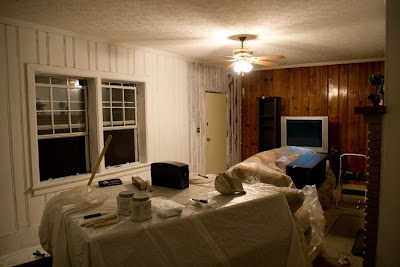 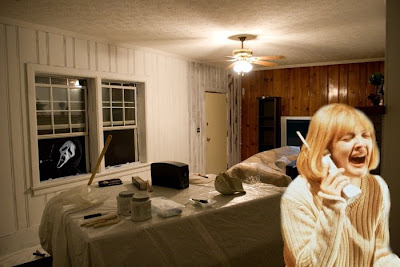 Anywho…we’re having lots of company this month, so we figured it was time to finally get serious about the front door situation.

One afternoon a couple of weeks ago, we were standing in the living room staring at the door. We were talking about how much we didn’t like the door, and how it didn’t let any light into the room, and about what our dream door looked, etc. etc. Finally, I just said, “come on, let’s go get a door!“.

Kevin was confused as to where (and how) we were just magically going to “go get a door”. I should have grabbed a screwdriver and really made him wonder. LOL. But he’s always up for a ride in the car, so we jumped in ours and high-tailed it downtown to a place that I had heard about from a friend. 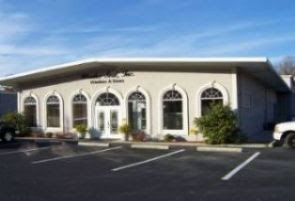 As we pulled into the parking lot, our mission suddenly became very real. We quickly realized that we probably should have at least combed our hair and put on something a little more presentable before we went to see a man about a door. We were sporting work clothes that not only didn’t match (well, I take that back- my shirt did match Kevin’s socks), but they also looked as though we had just been to one of those paintball fields- and our opponents most definitely won. And speaking of clothing, it also felt like my teeth were wearing sweaters. (Bear with me…we were working on the house that day, and didn’t plan on going anywhere!)

ANYWHO. As we sat there in the car, contemplating whether we should actually go in or not, we both had a “now or never” moment, so we got out and marched through the front door of the shop. I confidently strolled up to the first person I saw, mentally reminding myself to be conscious of my breath as I talked to her. I asked her if they had any damaged doors they might want to get rid of.

“Well, I’m not sure….you’d have to talk to Brian, and he’s on his lunch break rot now” said the sweet little lady. (“Rot” is my interpretation of a sweet, little Southern woman saying the word, “right”. Try it, out loud, “rot” now….you’ll see what I mean. It’s precious.)

“Oh, okay- well, can we leave our name and number with you so that maybe he can call us when he gets back?“, I asked.

“Why sure! That’d be just fine“, she replied.

Just then, the shop door opened, and in walked the man of the hour. Brian!

After the sweet, little lady introduced us, and explained what we were looking for, Brian escorted us to a stack of doors at the very back of the building. There was “only one door” he could think of, and sure enough, as soon as he pointed it out to us, Kevin and I both got that look in our eyes.

Love for a slightly bowed, solid mahogany door that needed to be stained, and that didn’t that come with a doorknob. It was perfect! Like our house, it also needed some TLC, and since that’s kind of our thing, we happily adopted (for $200) the door that was otherwise destined for the burn pile.

I haven’t had the time to stain it, or the funds to buy a door handle set, but we’re really enjoying the way it looks already.

We’re just using our old doorknob on it right now. But one day, we’d love to have one of these bad boys… 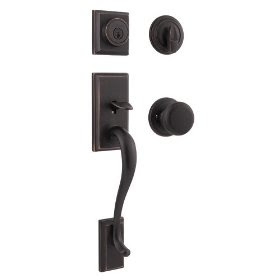 I guess I’ll have to scour the internet, and check on eBay, to see if I can find a less expensive one. Until then, our old door knob will have to do! 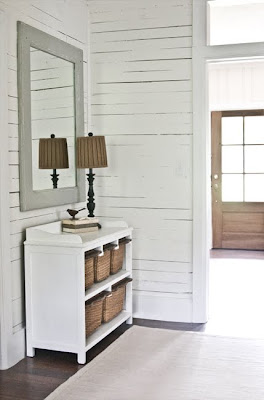